This Toasted Almond, Grape & Spinach Quinoa Salad is definitely a salad that you’ll want to bring to those barbecues and potlucks. It’s so flavourful, has a beautiful presentation and can be made in advance! {gluten-free & vegan} 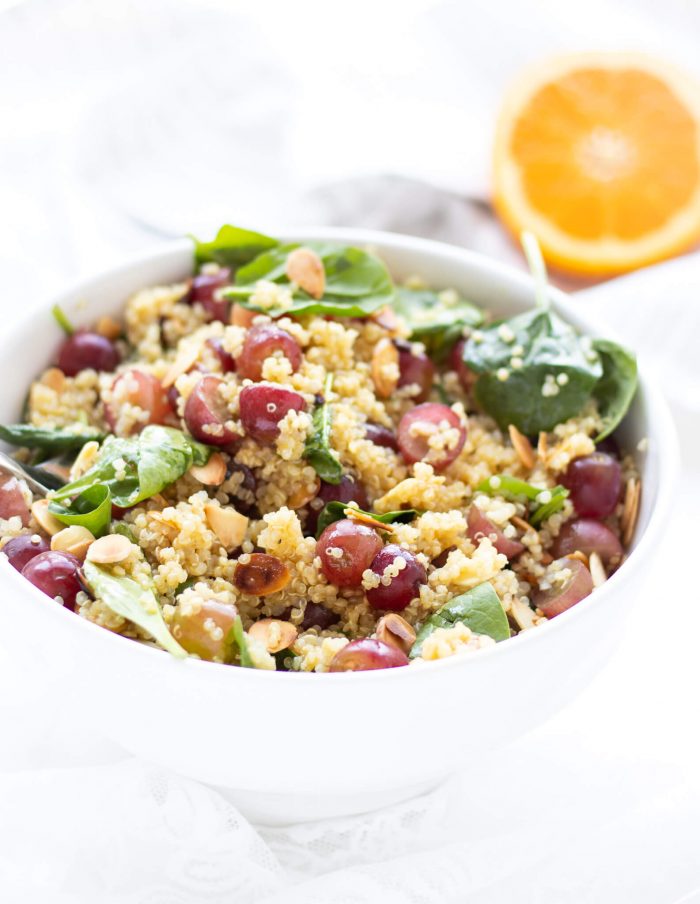 This year for my birthday dinner, my mom made the most amazing toasted almond, grape and spinach quinoa salad with an orange vinaigrette.

AKA a flavour explosion in your mouth.

Definitely one of the best quinoa salads I’ve had.

So of course, because I love to share good recipes, I asked her if she could send me a copy of it.

She dug it out of her stash and sent it my way. I made a few tweaks to it and we’re sharing it here today!

The secret to this Toasted Almond, Grape and Spinach Quinoa Salad

Originally I was tempted to skip the step of toasting the sliced almonds because it was “just one more thing to do,” but seriously guys, DON’T SKIP THIS STEP. 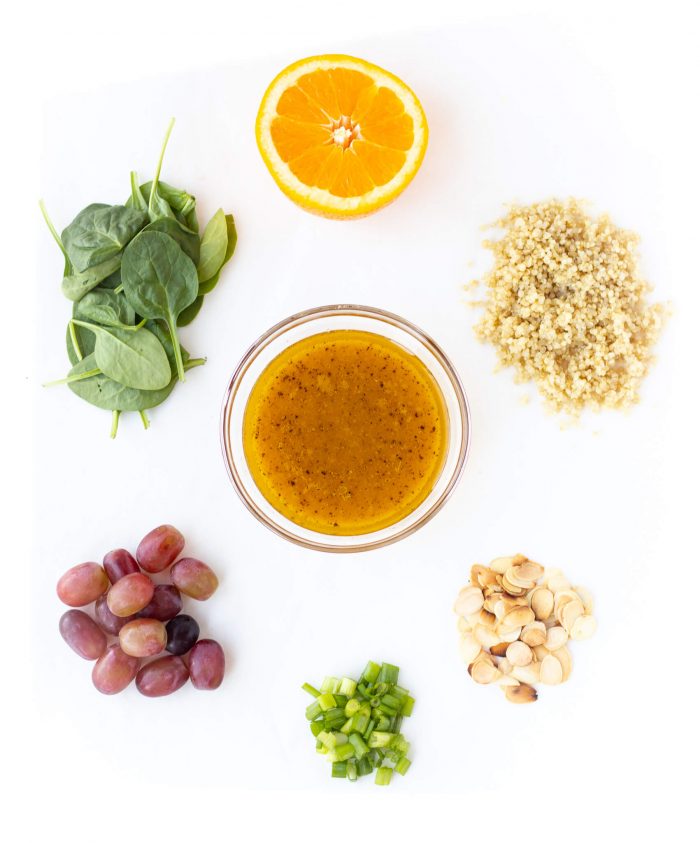 I couldn’t believe how much flavour the toasted almonds brought to the salad.

They burn pretty easily (I learned the hard way), so don’t abandon the frying pan and go off and do other things.

As long as you follow these steps, you’ll have one flavour-filled quinoa salad. 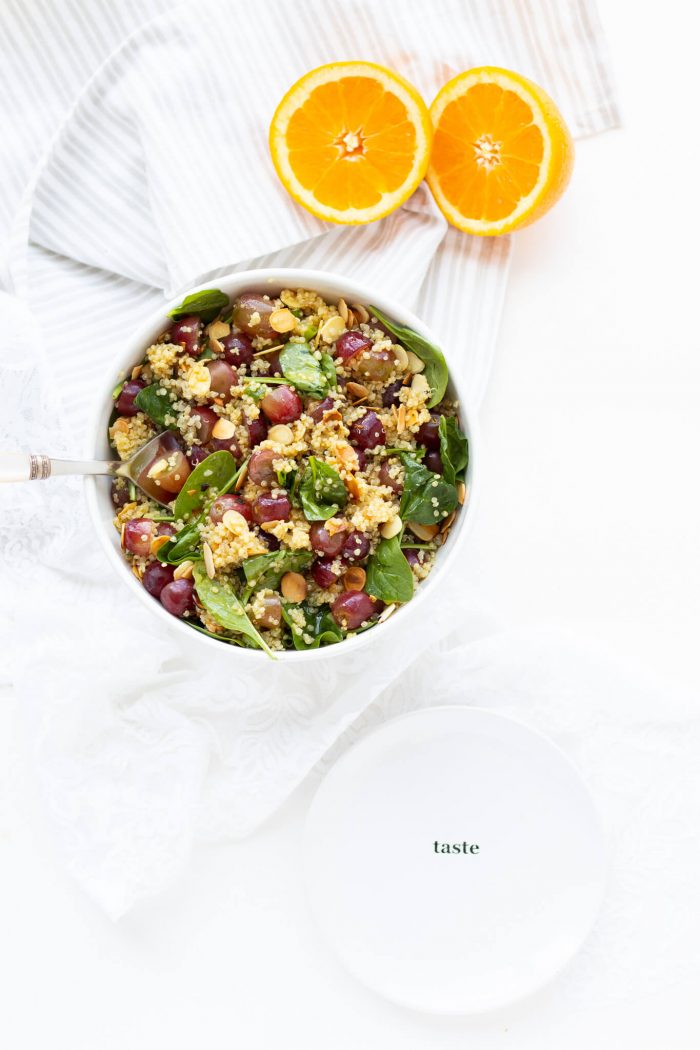 How to save time when making this recipe

Let’s get real. I know that we’re all busy and are looking for short cuts wherever possible. I know I am, anyways.

If you want to make the prep for this salad super simple, I recommend making the quinoa in advance. You can make it up to two days in advance and just store it in the fridge until you’re ready to put it to use. 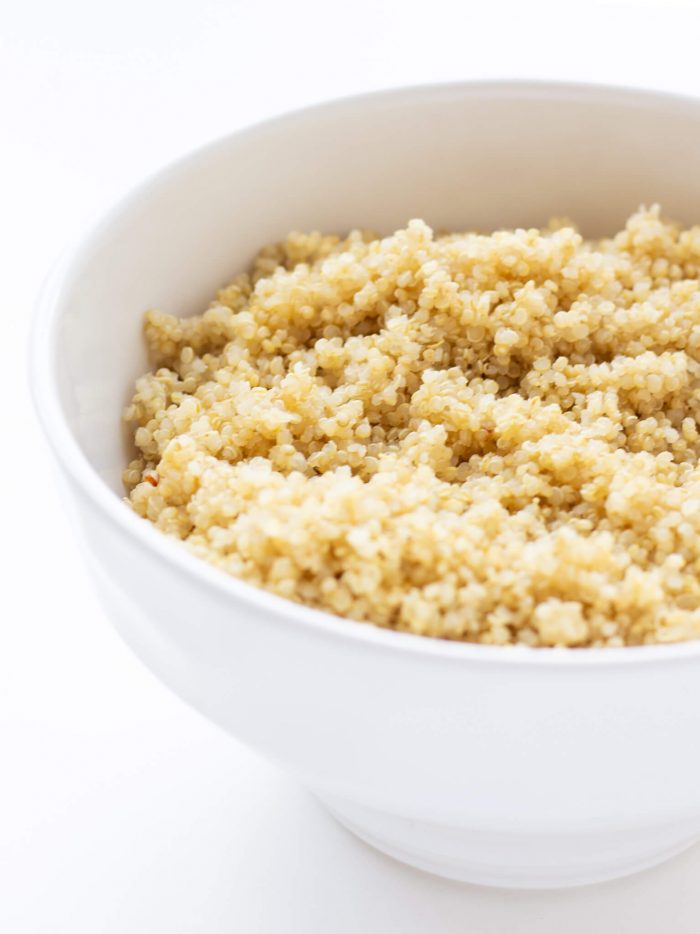 You could even prepare the dressing and toasted almonds and chop the grapes in advance too so that when the time comes that you want to serve up this delicious salad, all that you have to do is assemble.

How long does this Toasted Almond, Grape and Spinach Quinoa Salad last in the fridge?

This salad will last up to four days in the fridge. The amazing thing about this salad is that you can also store the recipe with the dressing and don’t have to worry about it going soggy or tasting funky.

It actually tastes BETTER the longer that it sits in the dressing. And believe me, you’ll want to soak up every ounce of this dressing because it is so refreshing and citrusy. 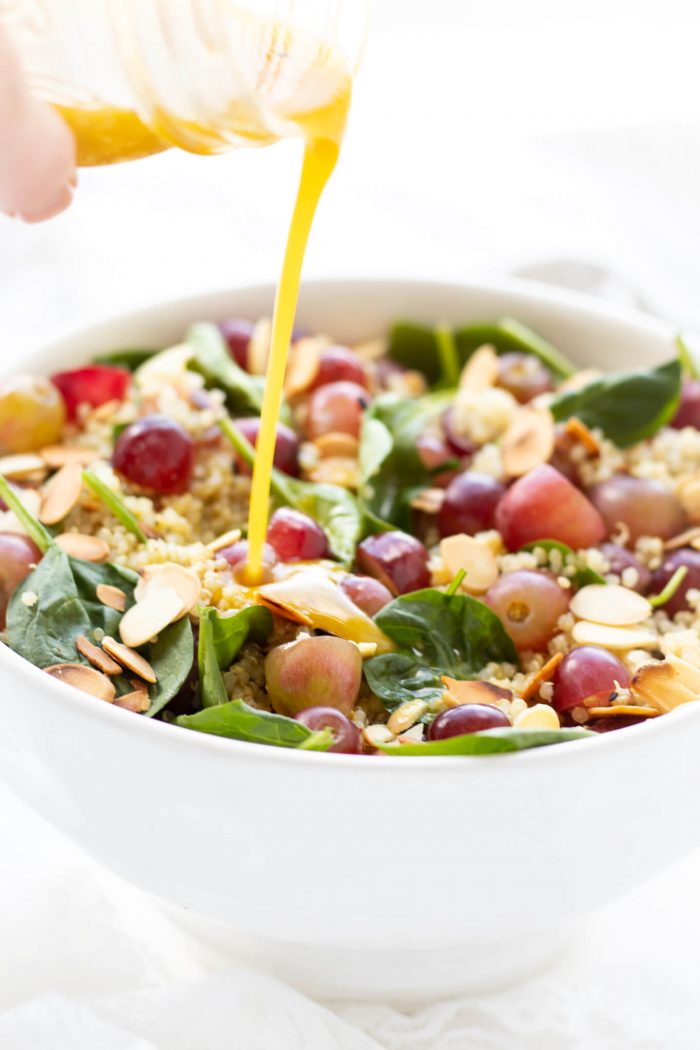 Well. Where do we ever start?? 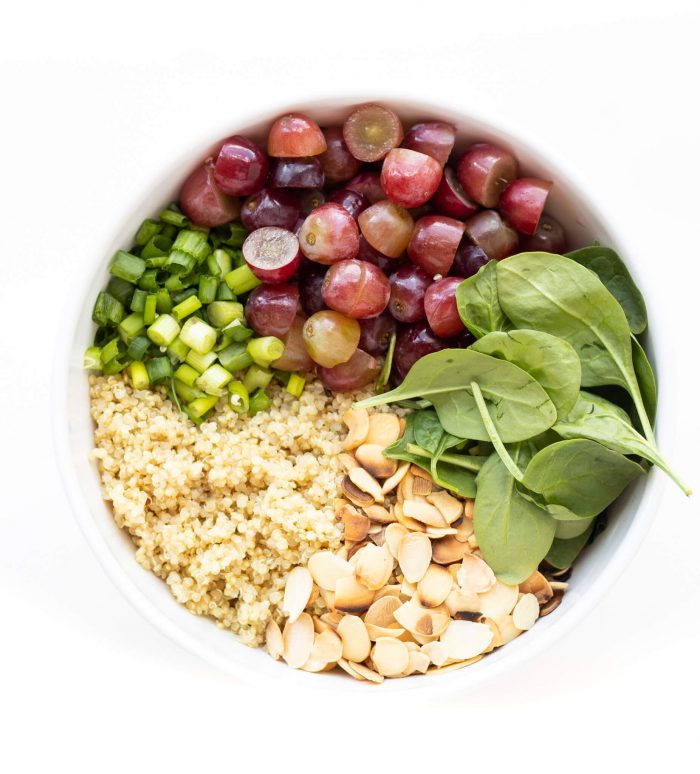 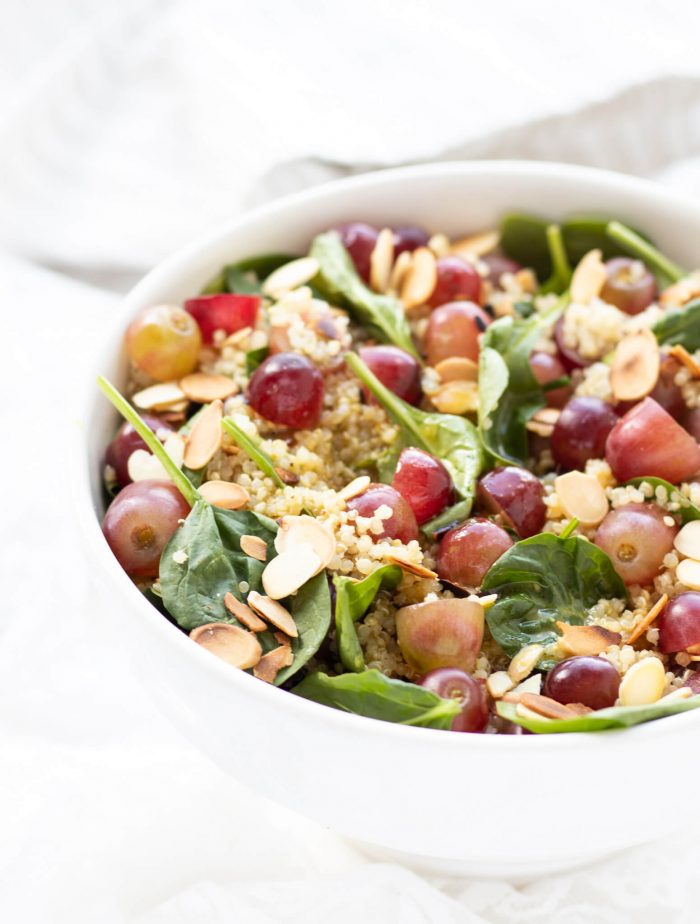 So I think it’s about time we got to the recipe.

What do ya think? 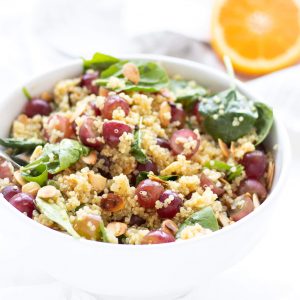 This Toasted Almond, Grape & Spinach Quinoa Salad is definitely a salad that you'll want to bring to those barbecues and potlucks. It's so flavourful, has a beautiful presentation and can be made in advance! {gluten-free & vegan}
No ratings yet
Print Pin Rate
Course: Salad, Side Dish
Cuisine: American
Prep Time: 20 minutes
Cook Time: 20 minutes
Total Time: 40 minutes
Servings: 6 servings
Calories: 311kcal
Author: Elysia

For the orange dressing: