This homemade tomato sauce is a perfect lower sodium replacement for store-bought pasta sauces. Fresh tomatoes, basil and sun-dried tomatoes fill this sauce with a mouthwatering flavour and aroma! It is highly recommended that you make a large batch of this sauce and freeze it because it won’t last long! 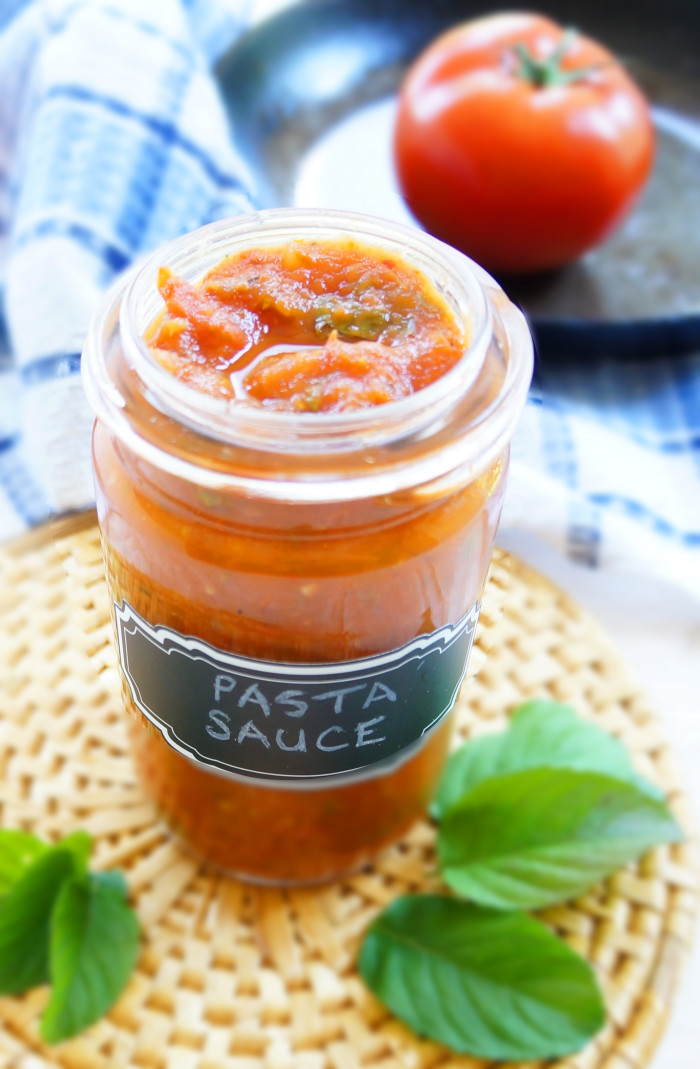 One of my favourite things to do in the summertime is to go to little local market places and pick up fresh produce.

It just tastes so much better when it’s locally grown and it’s nice to support the local businesses as well.

My favourite little market place in the area where I live is called Rock Gardens.

It always has beautiful fruits and vegetables, flowers, cute little kittens running around and it smells like freshly baked apple caramel pies.

I would seriously go there just for the smell alone.

I get this warm and fuzzy feeling EVERY time I walk into those doors..

Recently, we picked up a whole basket of fresh and juicy tomatoes from this little marketplace. 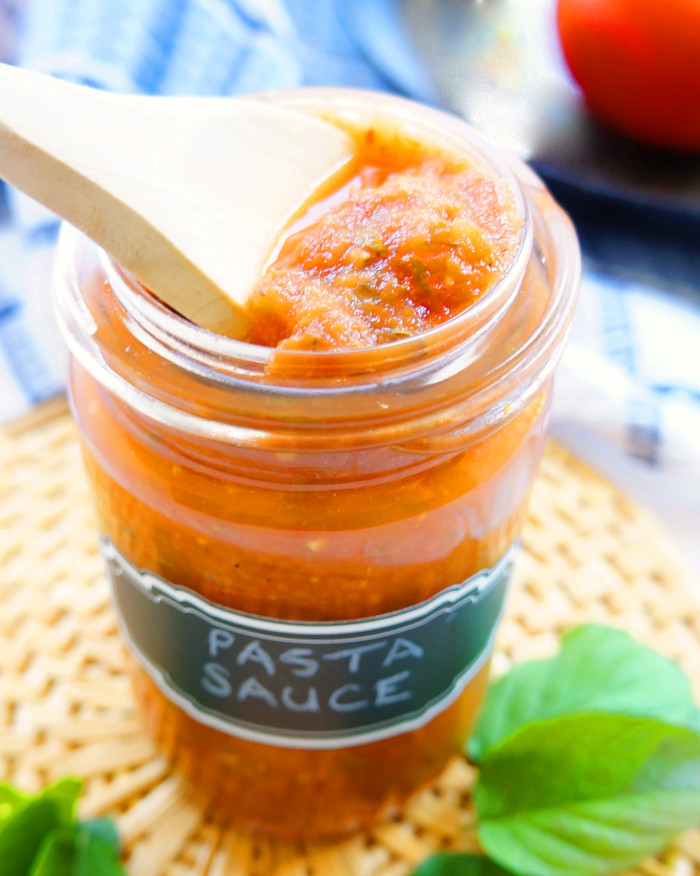 They were sitting on the counter for a few days, I had a eureka moment.

I suddenly thought to myself, ‘wow….I should really whip something up with those tomatoes rather than just let them sit there and go to waste.’

After all, how often do you have fresh juicy and plump tomatoes sitting on the counter staring you right in the face?

So I got to work.

I’ve always been a huge fan of the real authentic homemade tomato sauce. 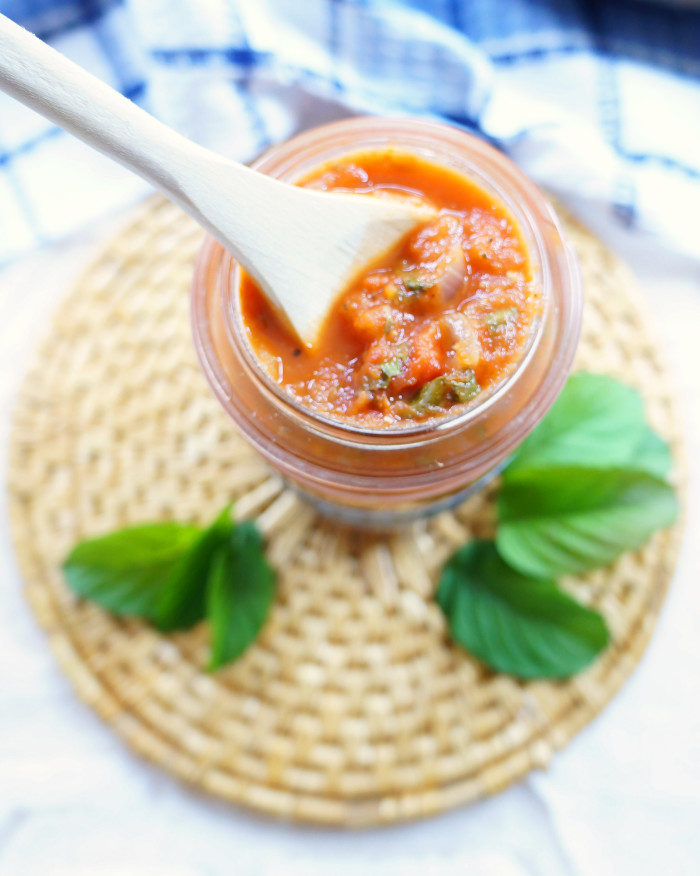 It just tastes so fresh, is full of flavour and the sodium content is significantly lower than store-bought ..that is, of course, if you don’t dump a whole bunch of salt in it.

I’d been eyeing up this homemade sauce from Oh She Glows for a while and was DYING to try it.

I just love how it’s made with fresh tomatoes AND sun-dried tomatoes.

The sun-dried tomatoes totally give the sauce a big boost of flavour and chunkiness. 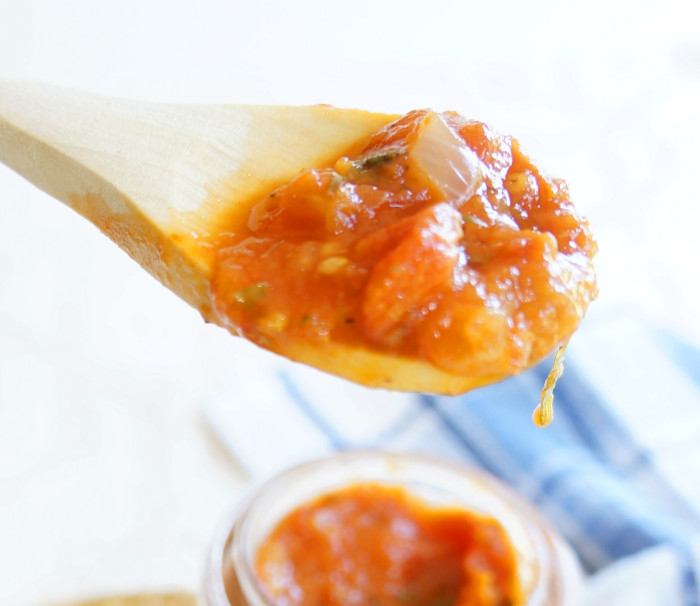 When I was a kid, I never used to like chunky tomatoes.

I actually detested them and picked them out of everything.

Now I think they’re the best thing ever. I was almost tempted to throw more tomatoes into this recipe just to get more chunks!

Funny how taste changes over the years.

If you’re a chunky tomato lover, then this is the ultimate chunky sauce for you!

Adapted from Oh She Glows

This post may contain affiliate links which means that I may make a small commission at no extra cost to you. I only promote products that I love and feel will benefit my readers :)
Share the love!
Share the love!