This marinade is the perfect way to flavour up chicken breasts, thighs, pork chops or steak for a light and healthy meal — just in time for the summer grilling season (Hint: Perfect for Father’s Day!) 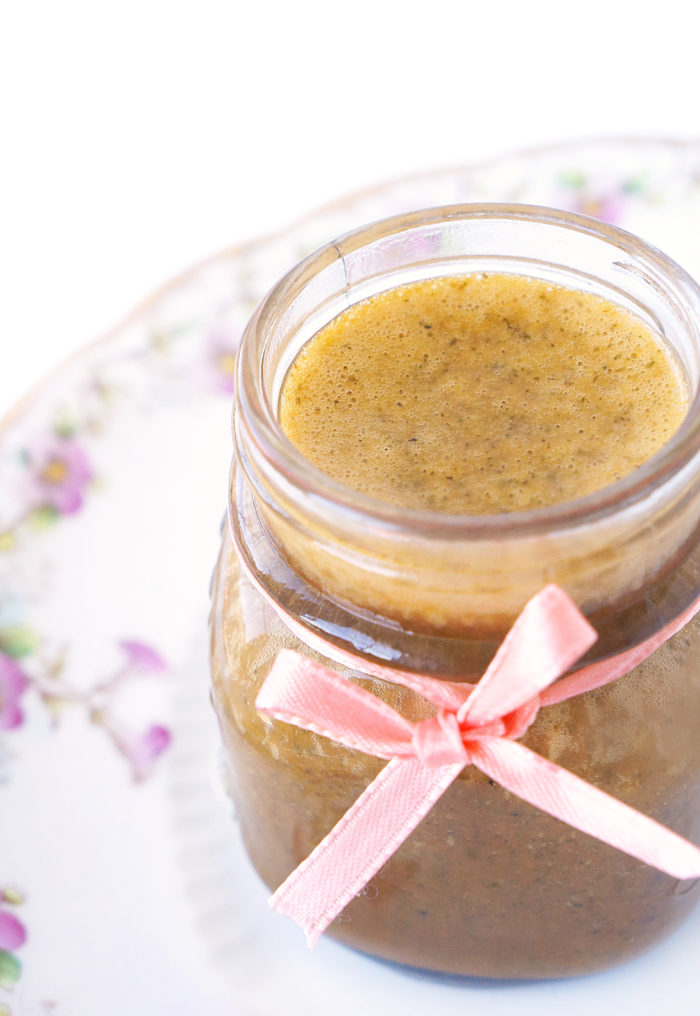 A few weeks ago, I was busy running errands all day and planned on barbecuing some steak for dinner.

Just wanted to keep it nice and simple since it was too hot to cook anything indoors and I’ll be honest — I was a little bit tired of being in the kitchen after cooking all week long.

Normally, I do the majority of the meal prep in our house, but since I had a lot on the go, I asked my husband if he would mind whipping up a marinade for the steak that night.

Now generally, I’ll search for a recipe (or develop one myself), provide him with some brief instructions and he’ll get to work, but this time, I gave him completely free reign in the kitchen.

He just happened to come up with one of the most delicious marinades I’ve ever tasted! 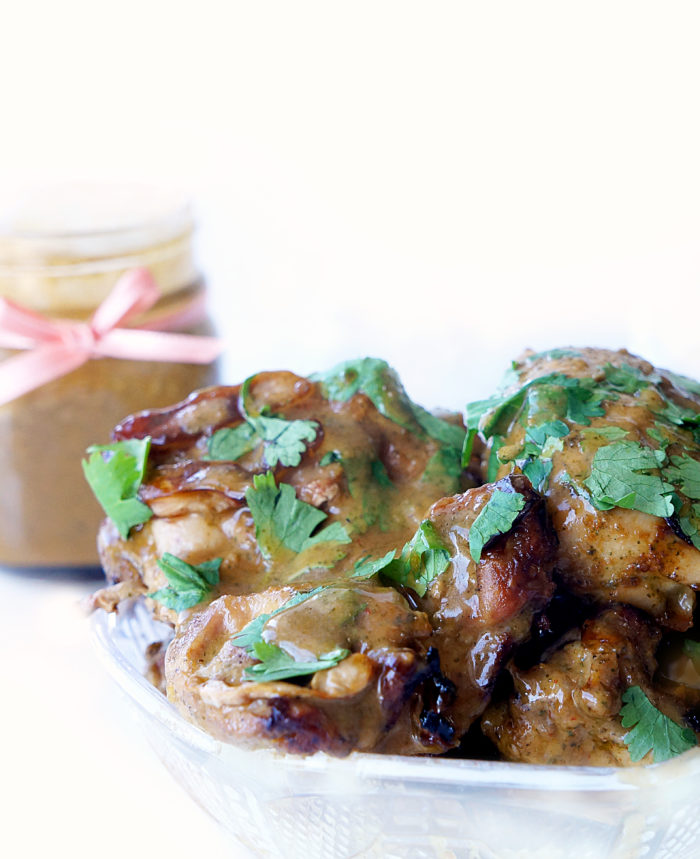 I should get him in the kitchen more often!

He ended up making up a big batch of the marinade in the Magic Bullet, which is one of my FAVOURITE kitchen tools for making sauces and dressings because you can basically whip it up, put the lid on the cup and store it in the fridge with no mess!

The less mess for this mama, the better!

Now, I don’t think my husband meant to make such a large batch, but it actually ended up serving us well in the long run because we were able to use it for three separate meals throughout the week.

And by the way, I highly recommend this meal prepping method. I’m a huge fan of making up a big batch of a recipe and then using it for other dishes throughout the week (I love doing this with my cashew pesto chicken as well). 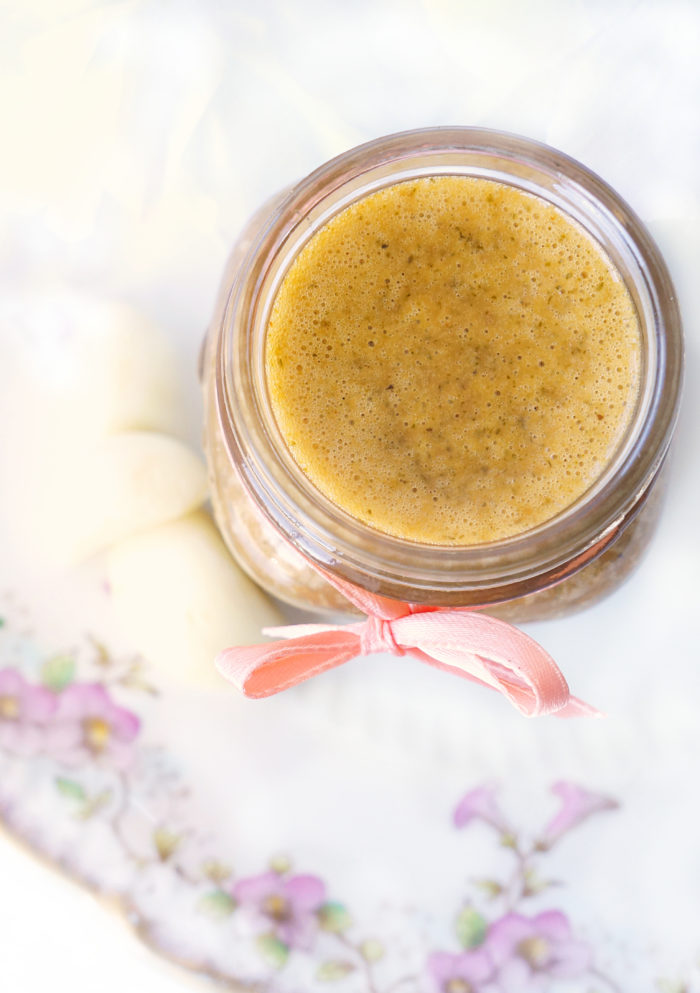 The first time, we used the sauce to marinate two large pieces of steak. The second second time, we marinated ten chicken thighs and the third time, we used it to flavour up about five chicken breasts.

So all in all, the recipe posted today made about three meals worth of marinade and took less than ten minutes to prepare.

Perfect for busy families who don’t have a whole lot of time to meal prep but still want flavourful meals! I’m sure we can all relate ;)

I recommend marinating the meat for at least 30 minutes to let it absorb all of those delicious flavours.

AND this next tip is totally optional, but I highly recommend preserving a bit of the sauce (that hasn’t been exposed to the raw meat) and drizzling it over the meat after it’s been cooked on the grill to further amp up the flavour. 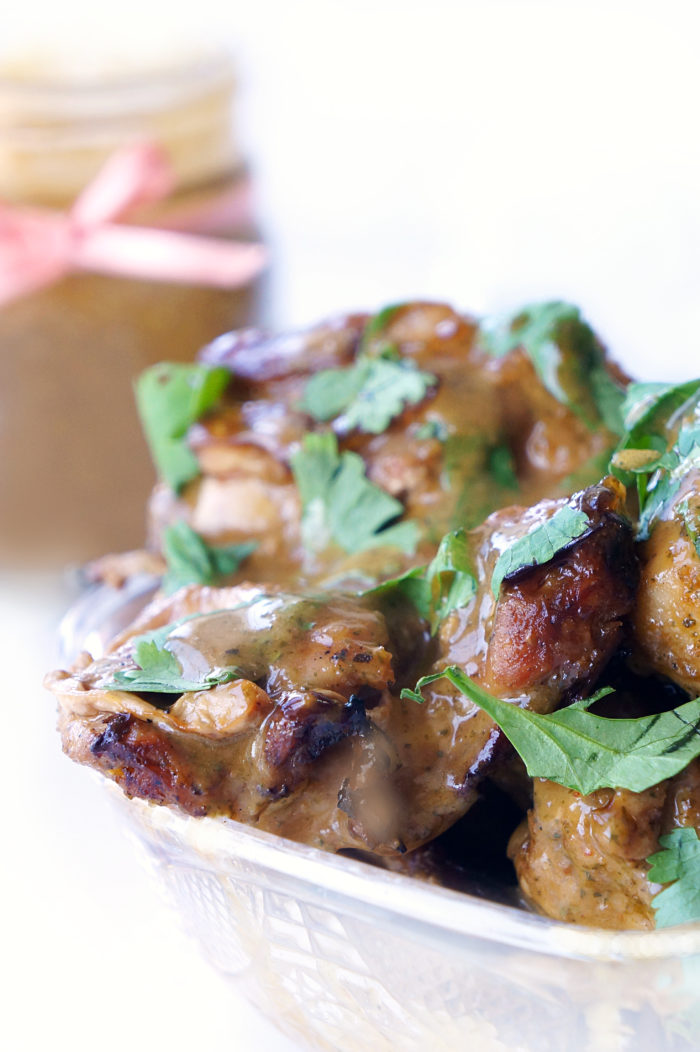 In fact, it was SO good, that it earned the title “Dad’s Best Marinade.” Let’s just say, he’s pretty proud of this new title.

Using a marinade is one of my favourite healthy cooking strategies because it adds so much flavour for not a whole lot of calories and also lends some extra moisture and tenderness to the meat.

Say buh-bye to that dry-choke-it-down chicken!

For a quick and easy meal, serve up the marinated meat along with a summer side salad and dinner is officially served! 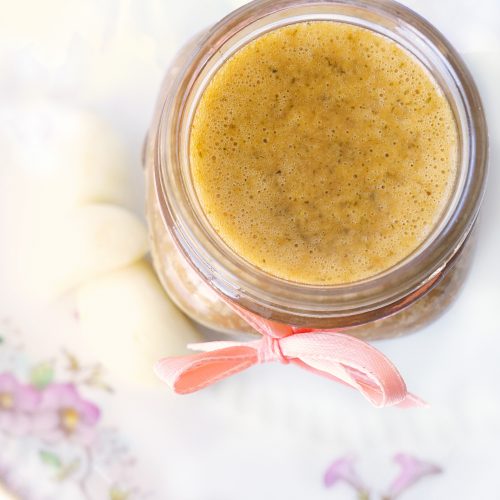