These apple nachos make the perfect healthy treat, snack or appetizer! They’re an easily customizable gluten-free and vegetarian option! Who could resist a plate of apple nachos!?

Where the heck did the summer go?

As much as I love summer, there’s also something very comforting about fall.

I love the fall colours.

And most of all, the flavours of fall cooking. 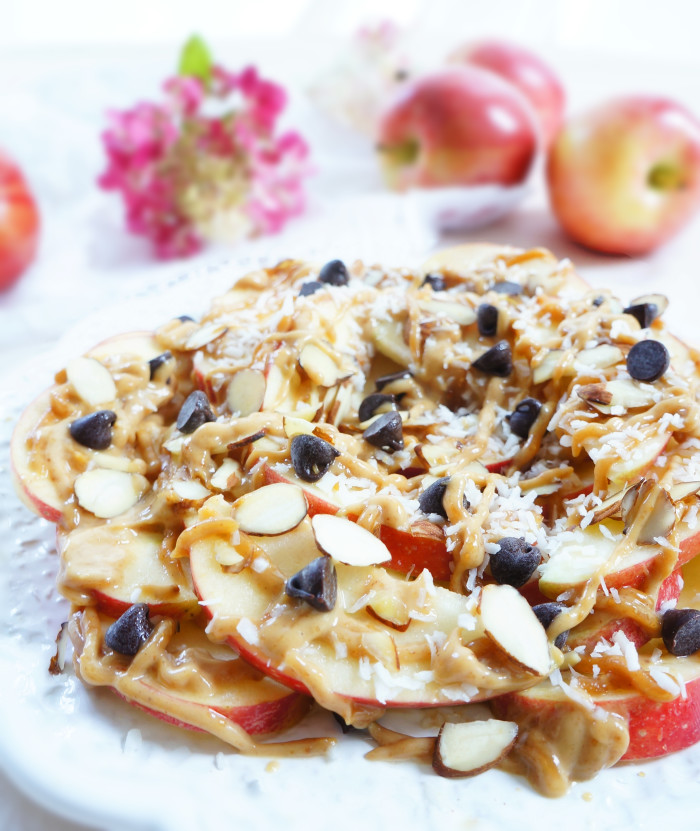 I think it’s my favourite time of year to experiment with recipes.

Just think about all of those recipes that can be made with apples, pumpkins, sweet potatoes and squash.

So for today, I’ve got an awesome recipe for apple nachos that can be served as a snack, appetizer or even dessert!

In the many times that I’ve served or demonstrated this recipe, I’ve never once received a bad review.

It’s such a tasty option for kids and adults! 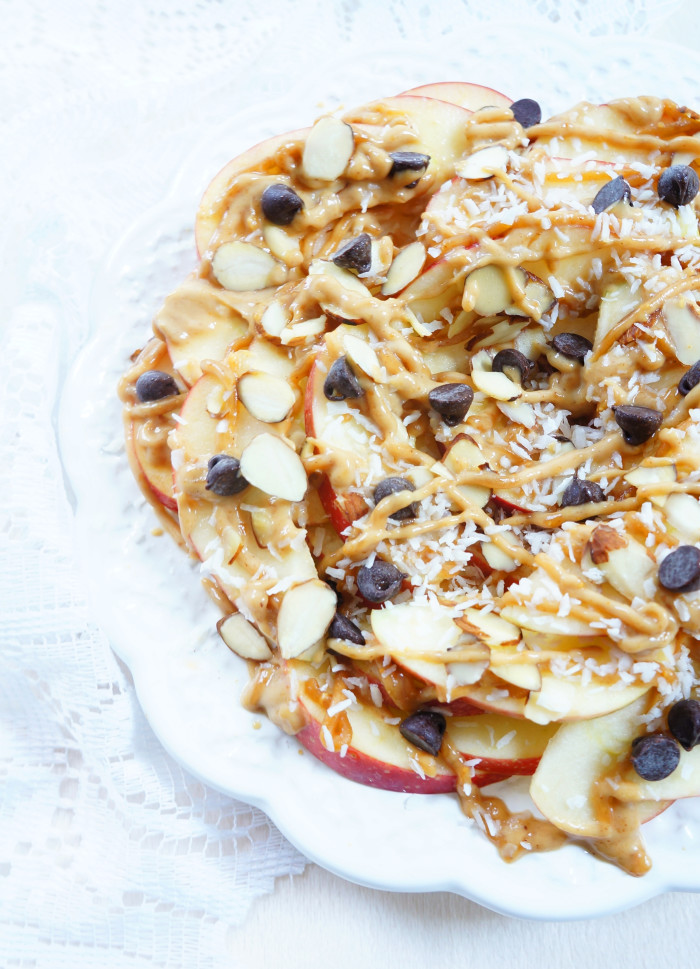 I once did a class with a bunch of kids and provided them with a plate of apple slices.

I told them that we were going to be making apple nachos.

At first, they were all whining because naturally they wanted cookies, BUT I convinced them that these apple nachos were pretty awesome.

I gave them a bunch of different toppings to choose from, so that they could customize their nachos according to their likes and dislikes.

Then I let them go at it! 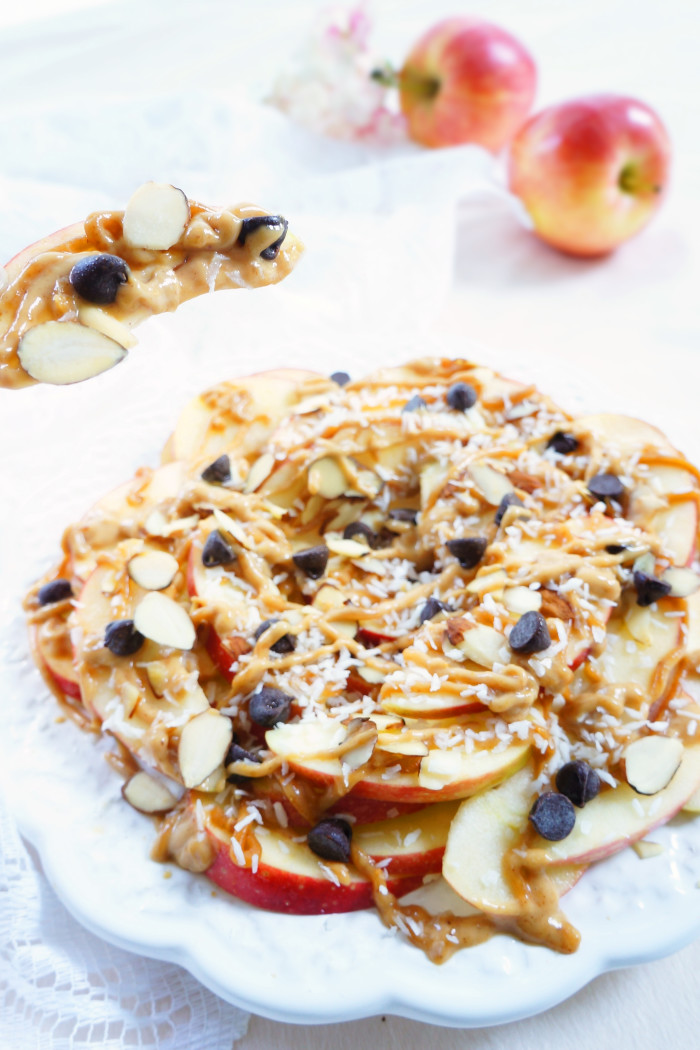 By the end, they had completely forgotten about the cookies and some of them were even licking their plates.

It was pretty hilarious considering they weren’t even sure if they wanted to try this whole apple nacho thing at the beginning.

What I love most about this recipe is that it’s a super fun way to sneak in an extra serving of produce.

I mean, who can seriously turn down a plate of apple nachos with fun toppings like coconut, nuts and dark chocolate chips with a mock caramel drizzle?! 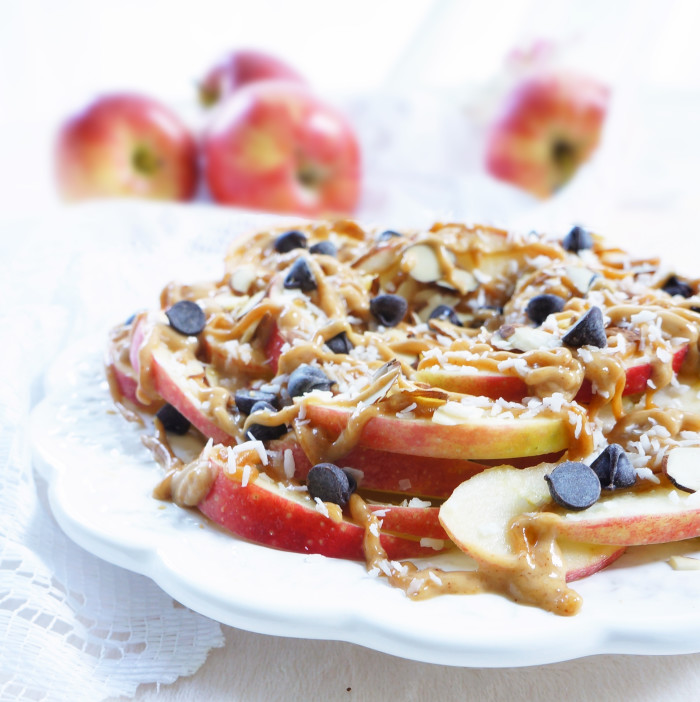 I recommend making a large batch of the “caramel” drizzle to keep in a squeeze bottle in the fridge.

Whenever you’re feeling like a treat, just drizzle some on some apple slices and top it up!

Enter your name and email below 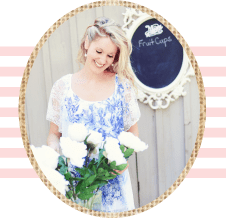